We had the great privilege of attending this year’s Peter Drucker Forum in Vienna Austria as part of the Scrum Alliance team.   The Drucker Forum is a premier conference for senior executives from some of the world’s most influential organizations.

The theme of the conference was “ecosystems” or the interconnectedness of everything.  This was discussed at multiple levels including:

The agile community has been out in front of these topics for quite a while now with techniques like cross functional teams, value streams and team topologies.  In the larger industry, most senior level leaders of large organizations are just/finally coming around to this.  But a few pioneers have disrupted their organizations, and are pushing the agile model farther into their organizations and overall ecosystems.

The idea of breaking up large organizations into a network of smaller organizations, that are still appropriately connected and aligned, was particularly interesting and completely aligned with the agile mindset.  Overall, the 2019 Drucker Forum was a great conference, and here are a few nuggets of wisdom from some of the stellar cast of speakers, including Scrum Alliance Chief Product Owner Howard Sublett.  A link to a blog about Howard’s talk is HERE.

Professor Amy Edmonson, from Harvard business school, asked leaders how often they get challenged on their opinions by their staff. If the answer is not often, then their teams probably do not feel sufficient psychological safety to take ownership and contribute solutions.

Ed Catmull, co-founder of Pixar said that in meetings, he doesn’t like to see the managers speak first because it sets both the tone and the direction of the meeting. In doing so, it doesn’t give teams the empowerment they need to figure things out on their own.

The leader of Tencent emphasized micro enterprises. These are little companies that have their own profit and loss, but share common platforms for human resources and accounting etc. Tencent has had many blockbuster products through this model in games, communications, and payment systems.

Dutch home health care company, Buurtzorg, utilizes small teams of nurses that have a neighborhood territory that they manage. They figure out which patients need which care, their own schedules, how they will coordinate with one another, etc.   Buurtzorg does not have a marketing function and yet won an award for best brand. It does not have a CFO but is always profitable.  It does not have HR but has been awarded best place to work 5 times.  All of this done through small teams. He also said that in his contracts, he puts in language that says if we have a disagreement, we will discuss it over a bottle of wine before taking further actions.

Former Scrum Alliance CEO and current Chief Management Officer, Lisa Hershman, of the DoD said the culture is often not a detriment but an asset that needs to be channeled. She said that if your organization has been successful then it probably has a good and strong culture that likely doesn’t need to be changed – it may need to be unleashed by changing the processes, procedures and approvals that get in the way.

The former president of Singapore said that education is like a religion for them. He does not like to see countries import talent from overseas through special immigration policies. He said that this system allows us to continue to ignore the under-educated and creates a two class system with many people being left behind. This creates a divided economic system, which creates divided politics, which creates a divided people. He said the key is education for everyone. Singapore’s GDP is about 15% higher per capita than the US and yet it is a tiny little island nation.

Raj Sisodia of Conscious Capitalism Inc and of Babson College repeatedly got the most ovations by far. His repeated messages of the role of firms and the role of leaders in society stole the show.  Here are a few quotes from him:

“Too many businesses generate financial wealth at the expense of social, cultural, environmental, intellectual, physical, and spiritual wellbeing. They are extracting value rather than creating value.”

“The most effective leaders are those who transcend self-interest; they are primarily motivated by purpose and service to people.”

More on the Drucker Forum can be found here: 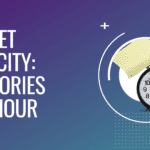 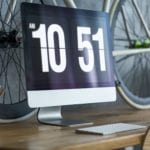 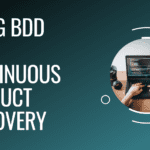 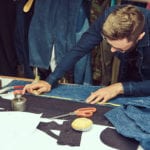 Can Agile Save the Fashion Industry? 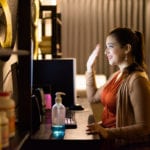