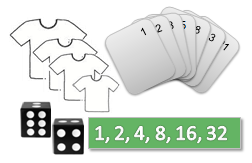 One popular debate today is whether estimating is worth the effort. To those experienced with Scrum, this question seems silly, how can you prioritize the Product Backlog, or identify what can fit in a Sprint, without an estimate? Aren’t you just rolling the dice if you don’t estimate?

This is actually a misunderstanding. If you apply kanban without fixed iterations, the focus is not on how big an effort is, but when it will be complete. As such, instead of estimating size, kanban estimates cycle time, which, in the end, is still an estimate. 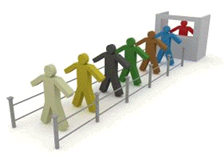 Corey Ladas explains the latter view in a posting on his blog, a portion of which is quoted below. I added the boldface to the last sentence:

“Rather than go through the trouble of estimating a scope of work for every iteration, just make the backlog a fixed size that will occasionally run to zero before the planning interval ends. That’s a simple calculation. It’s just the average number of things released per iteration, which in turn is just a multiple of average cycle time. So if you have 5 things in process, on average, and it takes 5 days to complete something, on average, then you’ll finish 1 thing per day, on average. If your iteration interval is two work weeks, or 10 work days, then the iteration backlog should be 10. You can add one or two for padding if you worry about running out. This might be a point that’s been lost on the Scrum community: it’s never necessary to estimate the particular sizes of things in the backlog. It’s only necessary to estimate the average size of things in the backlog.“

Now, since I took the quote out of context, you may want to read his entire blog posting, or attend his upcoming class on June 11th in Atlanta, to find out more.

The Cases for and Against Estimating

Many reasons are cited against creating estimates; just a few are listed:

There are also many reasons cited for creating estimates, once again, just a few are listed:

As with most questions in respect to process, the answer is, “it depends”. But, here are some extreme examples to guide the decision on whether or not to estimate.

If you are fixing bugs in a mission critical system, and these bugs are prioritized by severity, and all high severity bugs must be fixed, then it is clear that estimating adds little value. Simply work on the highest priority bugs, and get the fixes released as quickly as possible.

On the other hand, if you are working on new development, or adding a large new feature set, and you must present a complete business case, including expected return and cost, then you will need to create some form of estimates.

Guidance for the Rest of Us

If you are somewhere in the middle of these two extremes, you need further help in deciding how to proceed.

I estimate that at least 10% of the people reading this post would find it useful, so please send an email or comment on the post so I can see how accurate my estimate was.