As a brand spankin’ new LitheSpeeder, I was honored to attend the Agile 2016 conference.  While new to the Agile community officially, I feel like I’ve been talking and thinking agile for a long time.  So it was way cool to be at the biggest tribal gathering in the US to date and officially be welcomed in to the community.

I felt like a newborn who was on the development fast track… so much to learn and see and do.  My team was a great encouragement and we were able to create a fun, welcoming space where our fellow attendees had a lot of laughs, catch up sessions and some (surprisingly!) good banana candy!

Robots are going Bananas! Come by and see us at the LitheSpeed booth before we leave at 2:00 @lithespeed #Agile2016 pic.twitter.com/JAolVNr1Py

What struck me as I watched and listened is that we have an opportunity to be in alignment as we forge ahead on the Agile path.  It’s easy to focus on the externals.  Scrum!  Kanban!  Cool gadgets!  Better! Faster! But for me, the greatest success is in each interaction.  How are we living from a place of authenticity in this environment that elevates openness and collaboration? What if your neighbor or co-worker says stuff about you that you don’t like and becomes an impediment to your happiness?  What would the agile guru’s tell us to do?

For me, being agile from the inside out means that I treat every interaction as an opportunity to grow, change and become better.  While we love the idea of growth and the results (increased revenue!  impressed fans and clients!) the experience is often uncomfortable at best.  True agility, not only in business but in life, requires that we treat others with kindness, foster a safe environment and continually seek to improve our communication.  Even when that means shutting up!

My favorite sessions had to do with inter-personal skills.  I know, big shocker.  Matthew Hodgson’s session on applying couples counseling techniques to team dynamics led to some great discussion around the tables.

Want to know how to build trust in your teams? We can help! @LitheSpeed @magia3e #agile2016 pic.twitter.com/EXBfxaG4GF

Linda Rising (seriously, best name ever!)  spoke about meeting resistance and moving forward and reminded me that  no one has ever said “thank you!” when I had a winning argument ready to hurl at them to show them how WRONG they were.

So until the next conference, I’m going to focus on keeping my insides and my outsides lined up. I’m going to approach every interaction with my team members as a chance to learn and grow.  I’m going to support our clients in discovering their next best.

Won’t you join me? 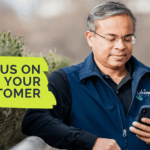 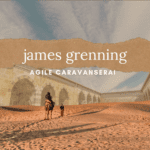 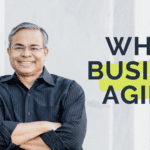 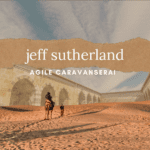