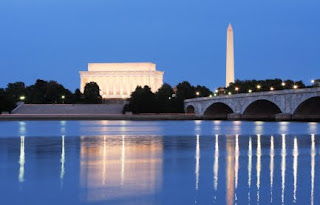 Around the time the Agile Manifesto was created in 2001, there were some of us in the DC Metro area who very quickly became passionate agilists. Flavio Diomede, my boss at that time introduced many of us, including Bob Payne, Kuryan Obi Thomas and others to Agile. We met “Uncle” Bob Martin, Ron Jeffries, Chet Hendrickson, Michael Feathers and other eXtreme Programing luminaries, and absorbed the beauty of technical discipline from them. Some years later I met Ken Schwaber when both of us were presenting at Software Education‘s Agile conference in New Zealand and Australia.

Over the next several years, as the agile movement continued to expand and grow all around the world, the DC region with its heavy bureaucracy remained an unexplored agile hinterland. There were many who despaired that agile would ever come to Washington in a big way. However one person with a positive counter vision was Fred Sencindiver, a fellow agile enthusiast and co-collaborator with Bob Payne and myself. A professor at George Washington University, Fred adamantly maintained it was simply a matter of time until Washington, DC ended up adopting agile methods in a big way.
Now, as we gear up for the 2011 Agile DC Conference, it seems that Washington’s time has come. At this year’s Agile DC conference, Ken Schwaber and I will keynote, and I’m sure we will meet with agile enthusiasts of all stripes and persuasions. Many local companies like The Motley Fool, The Chronicle of Higher Education, CarFax and AgileX have become strong practitioners of agile methods. Momentum has also built on initiatives such as the Federal CIO’s 25-point program to reform federal IT management and Agile in the DoD, and federal agencies like the US Patent and Trademark Office and FFRDC’s like MITRE have gotten into the agile act.
So, it turns out that Fred Sencindiver was quite right. It’s clear that agile methods did indeed come to Washington. Fred was indeed a visionary, and continued to believe in an agile future even as he passed away in July, 2004. Thank you, Fred for your friendship, partnership and vision. We are now living in the future you imagined.